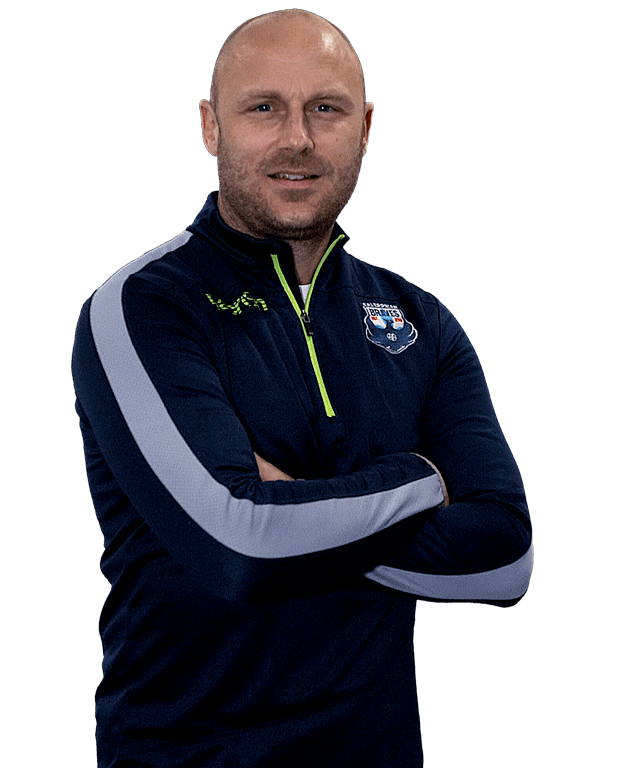 Simon is another one of our coaches who had a successful playing career in Scotland. The German born Englishman first came to the Scottish football with a successful stint at Clyde.

Simon gained moves to St Johnstone and Motherwell before creating a base with Hamilton Academical. The hard tackling midfielder spent 5 seasons with Accies becoming a key figure in their team and a fan’s favourite.

Following this he had spells with Raith Rovers and Livingston before venturing across the Atlantic to have successful seasons with both Atlanta Silverbacks and the Carolina Railhawks. Simon hung up his boots in 2018 whilst with Forfar and began coaching with Edusport Academy.

The UEFA B Licensed coach took up a role as the U23’s Head Coach this season as the team compete in the South of Scotland League.