Caledonian Braves are delighted to welcome Pierre Mankowski to the club. In an stunning coup for a Scottish Lowland Football League side, the FIFA U20 World Cup winning coach will take up the role as Football Advisor, providing guidance and support to head coach Ricky Waddell.

In 2018, the world watched on as a star studded French team lifted the World Cup trophy aloft. For four of those players it wasn’t their first taste of FIFA World Cup glory. Five years prior Paul Pogba, Samuel Umtiti, Florian Thauvin and Alphonse Areola were crowned U20 world champions in Istanbul. Their head coach? The very same Mr Mankowski.

His coaching career began with Caen, before spells at Lille, Saint-Etienne and Strasbourg. In 2000 he joined the French Football Federation as Head Coach of the U16 national team and began to work his way up the ranks. In 2002 he became assistant coach of the first team, a role which he held for eight years, and involved coaching an incredible array of talent including none other than Zinedine Zidane. In 2010 he took up the position as U18 coach, before moving onto the U21 squad and conquering the world stage. 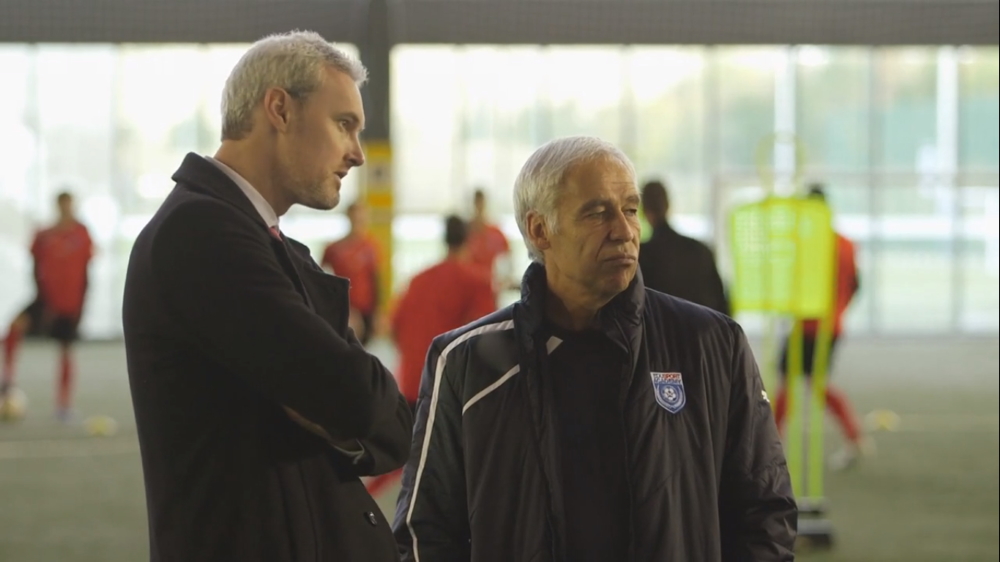 Mankowski told Braves News: “I have become friends with Chris Ewing (pictured above, Pierre and Chris chat on a visit to Edusport Academy) through football. He spoke to me about Edusport Academy when it was at a very early stage and it is very impressive to see how it has grown and developed.

“Chris is ambitious and has created a unique football club. It is a very interesting project and I am excited to be part of it. I met Ricky Waddell when visiting the academy and like his style of coaching. When Chris asked if I would advise Ricky, sharing my football experience, I was delighted to come on board.”

Braves owner Ewing said: “Pierre is an inspirational figure, who has reached the very top in football. He has worked with world class players on the biggest stage and it is a very proud day to welcome him into our football club. Although he is based in France, he will be able to watch our matches on Braves TV and will provide Ricky with as much support as possible.”

We would like to offer a warm welcome to Pierre and look forward to bringing our supporters an exclusive Q&A opportunity in the near future.

Braves edged out by Berwick free-kick